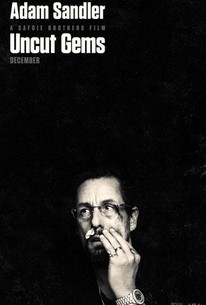 Quality [self-inflicted] emotional turmoil. Watch if you like any type of organized crime film.

To address the elephant in the room: Adam Sandler, astoundingly, does a good job acting here. Although I'm unsure whether the lion's share of the success goes to him or to the director. Either way, this is a great film for everyone involved, and is strongly reminiscent of Snatch.

The Jewish link to Africa aspect was interesting, as both luck and as exploitation. The basketball player clearly viewed the gems as lucky through both their beauty and their heritage. Sandler's character exploited the basketball player and Judaism for financial gain.

Predicting the bet as a win vs a loss

Once Sandler's character made his big bet, I, the naive viewer, started to consider where the plot would go based on whether he won or lost. Losing made more sense, because it would set up the conflict for the rest of the film. So I was surprised when he "won", and the film hovered over that win for around 20 minutes. When his debtor canceled the bet, it was a very unexpected, interesting twist.

The basketball player wanted a margin on his purchase: how much did Sandler's character spend to acquire those opals? He then likens jeweling to basketball in a very apt comparison. I appreciated the subtlety.

One minor complaint: The watch hustler

The watch hustler from the beginning of the film fell by the wayside after their brief encounter in the nightclub. Overall the watch hustler's impact was fairly negligible to the overall plot.