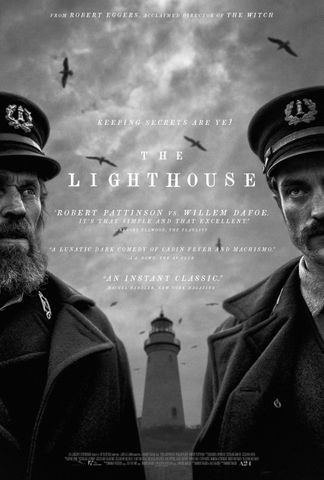 The Witch is unequivocally one of my favorite films. The script, the actors' performance and commitment, the historical relevance, the historical accuracy, the horror... it was flawless.

So it's a tall order to beat that. And The Lighthouse doesn't quite reach those heights. But it's still an impressive achievement, despite being another period piece. It has it's own unique qualities, for its own era.

The film itself is reminiscent of H.P. Lovecraft's works. The Cthulhu style monsters, the onset of madness, the shapeless incomprehensible horror inside the lantern. I wish I was more familiar with the works of H.P. Lovecraft, this film may well push me to read The Necronomicon, just for its impact on culture.

Generally, The Lighthouse is a stock A24 film: it demands your attention for the entire duration; however, lacks a compelling, satisfying finale.