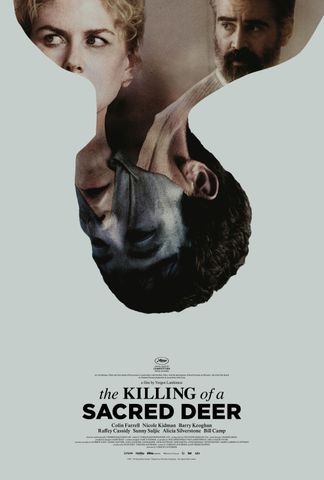 Interesting, unique, but ultimately hollow. Watch if you're an A24 fan.

My first impressions jumped straight to The Lobster, what with Collin Ferrel and company delivering wooden, inane, blunt, and overly-formal dialog. Unsurprisingly, the two films have the same director. The Lobster also shares the characteristic A24 qualities above.

The strange dialog started to wear thin in the first half, until finally Martin delivers the ultimatum, and my interest was renewed. From there, the plot mostly takes the course you would expect from doctors under supernatural spells.

However, it became somewhat awkward when the family started trying to bargain (5 stages of grief) the father into remembering what they had to live for.... There's nothing stopping us (the viewer/characters/director) from having a philosophical conversation about who deserves to survive. There are even pretty objective ways of measuring it (age, sex, health, dependants, etc). I'm a little annoyed that he didn't try killing the dog, which would fall pretty squarely in the bargaining stage. When that cop out obviously doesn't work, the next objective choice was to consider killing himself. And you could even throw in some philosophical questions about whether he should kill himself or his wife since he, as a surgeon, had the better ability to save other dying people.

Shooting the boy in a comically foolish rendition of russian roulette is just dumb and boring. There was a lot left on the table of this weighty subject matter than went unexplored.