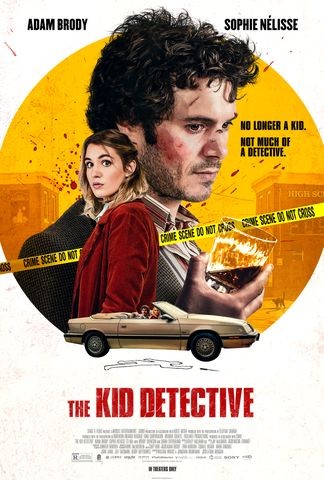 Modern noir that plays its cards close to the vest until the final moments. This is a must-watch.

First off, this film is outstanding all the way through. The first 3/4 was a cutesy-sarcastic modern noir spin-off. And then in the last quarter it plays its hand, and it's a devestating one, dialing the tone up to 11, throwing in crazy tension and perplexing moral questions.

It's interesting to note that setting the tone as a cutesy indie comedy was incredibly disarming. In any other serious noir film, you'd be constantly trying to solve the murder yourself while watching. Indeed, for the first 1/4 I made mental notes of potential suspects. But it got old quick because you would potentially be spending all this mental energy analyzing a serious murder plot for a comedy, which is liable to just end with the janitor did it, or it was old man Jenkins, the ice cream shop owner. So I, and presumably others, gave and went along for the ride. Which is what makes the tonal shift at the end so much more powerful and unexpected.

Don't hesitate to watch this one.