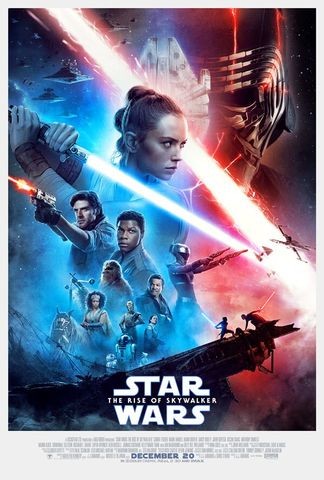 Terrible beyond words. I felt like I was watching the Interdimensional Time Cable episode of Rick and Morty, played with a completely straight face.

Even I'm offended at how hollow the Galaxy has become, and I've never been much of a Star Wars fan. The last time I saw rich source material squandered this flagrantly was The Last Airbender movie.

But instead of rehashing what other people have already said, I'll focus on the one aspect that actually worked for me: the sexual tension between Rey and Ben vis-à-vis the force.

For the duration of VII-IX, I just wanted the films to end - they were boring and unoriginal- except during the accidental force telepathy scenes. I snapped to attention during those scenes because of the- well, surprisingly- the originality of the idea. Sexual awakening through telepathy is truly an original and interesting idea, not yet explored in Star Wars canon.

Admittedly I may be superimposing an interpretation which has very little supporting evidence; sexuality may not have crossed the authors' minds at all when they wrote those scenes. Still, coincidence or no, I found it interesting.