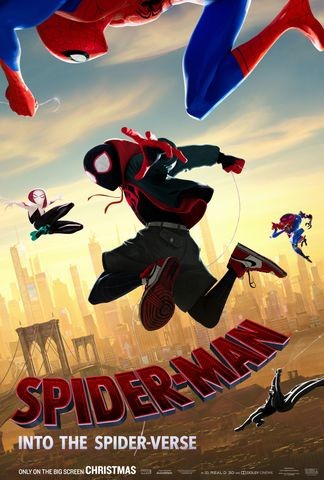 Defies all expectations. Raises the bar not only for superhero films, but artistic films as well.

A Marvel franchise is the last place I would expect to see an experimental film.

During this coronavirus lockdown I powered through the entire MCU and felt no desire to write any reviews. The MCU is entertaining, but I wouldn't say it's compelling. After my MCU marathon I figured, what the hell, let's try this weird Spider-verse movie. Only to discover that it exceeds every expectation and straddles an impossible line between Marvel formula and genuine art.

The plot was standard and borderline nonsensical. But it's impossible to get caught up in the plot minutia when you're so enraptured by the visual language of the screen. Every shot and every beat had - dare I say it- multidimensional qualities: the plot, the tone, the artistry of the visuals, and the character development; each impeccably refined.

The film won me over early on, by including- in a very self aware way- the 2000s Spiderman film series.