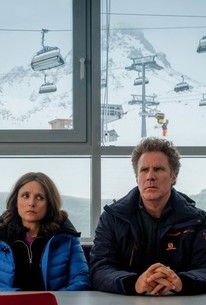 A mumblecore-inspired take on what I assume was a much better film.

Well, I certainly wouldn't recommend it.... However, it still has value. It still has a message, and, somewhat surprisingly, a decent conclusion.

What could have been improved:

I will definitely have to watch the original, "Force Majeure." Because I almost liked this film.